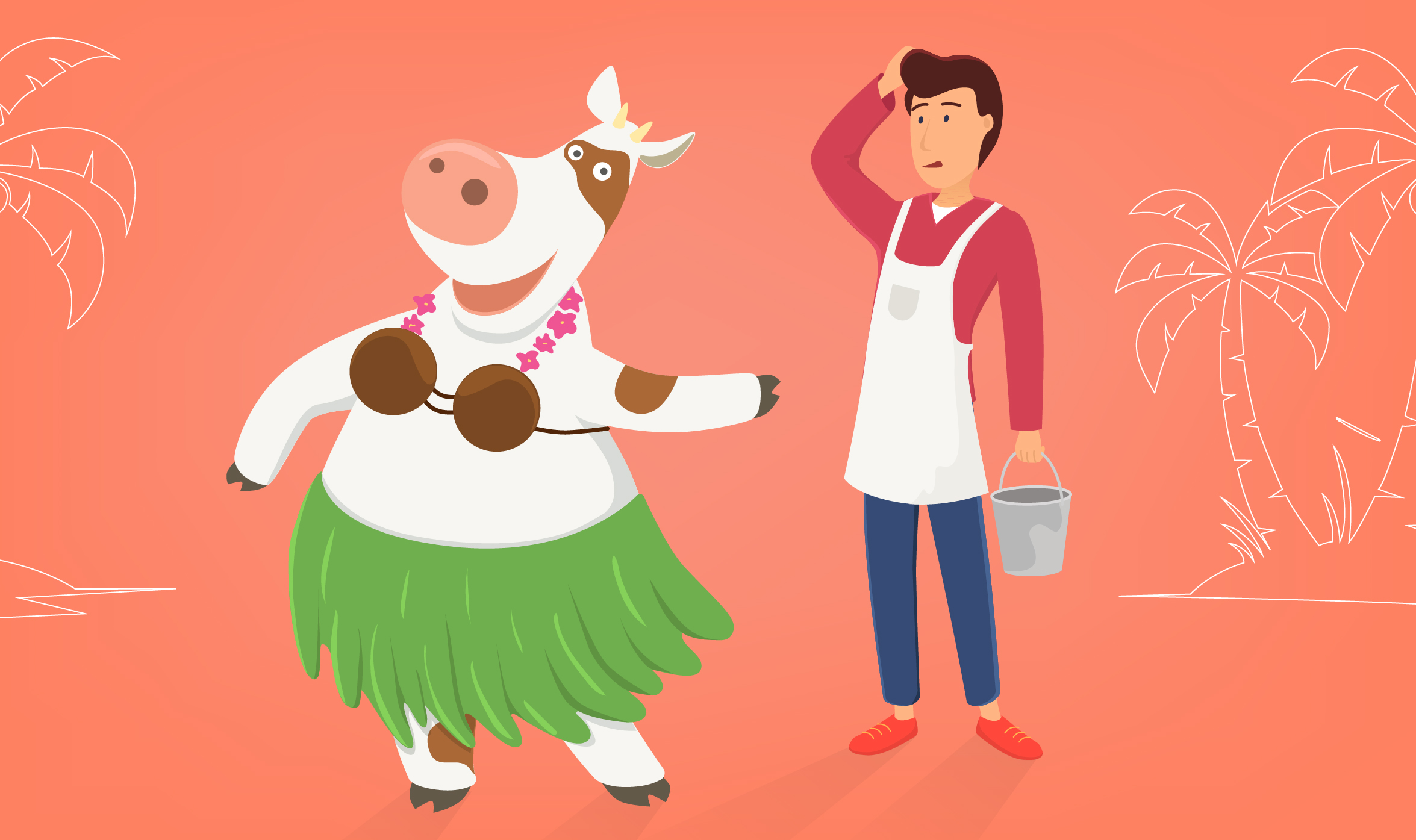 Plant milk is harm or benefit to our body?

More and more people are giving up cow's milk in favor of plant milk, adding it to coffee, porridge, and desserts. But is lactose so dangerous and plant milk useful, as they say?

In this issue, we will be helped to understand the graduate nutritionist (profile education Nutrition and lifestyle coach was received at the Institute of Health Sciences, Dublin, Ireland), and the founder of the correct food school theBODY school - Sofia Rozhko.

Costless: Plant milk is just a new trendy trend or is it really a more useful product?

Sofia: Let's start with the fact that milk contains many useful substances (calcium, sodium, phosphorus, vitamin A, B vitamins, vitamin D, sweetness in the form of lactose and optimal fat for satiety) so important for the growth of the body, both human and An animal that is fed with milk.

But to an adult, it brings more harm than good.

First of all, because milk contains lactose, which not all people get absorbed well. When we are at infancy, our body produces an enzyme called lactase, which breaks lactose from mother's milk into 2 monosaccharides: glucose and galactose. But as we grow up, many of us lose this ability.

¾ of the world's adult population is not able to break down lactose. The only ethnic group on the planet that can digest lactose, we are Europeans. Most people of African, Asian, Arab people can not do this. But who knows what genotype is in your blood?

The second point is the content of hormones in milk, which adversely affect human health. It is believed that these hormones are associated with the appearance of acne and other diseases, including prostate cancer.

Many studies prove the connection between dairy products and heart diseases. One of the largest was conducted by researchers at Harvard Chan School among 43,000 men and 187,000 women.

Therefore, plant milk is a healthy choice at the present time.

Plant milk, its types, and features

Costless: Which plant milk can to call the best, optimal for consumption? (say, for example, rice milk is empty, almond contains no vitamin D, and there is no calcium in the oatmeal).

Sofia: Plant milk is different in composition nutrients from cow's milk. That's why on the package you can see soy milk, enriched with calcium or almond milk with vitamin D.

According to recent studies, soy milk is considered to be the richest in nutritional composition and the best alternative to cow's milk. But it's worth making a choice considering not only the composition but also allergies, taste preferences and diet/limited nutrition if you follow.

Soy milk is rich in protein, but is a strong allergen, has a pronounced "bean" flavor.

Almond milk is rich in monounsaturated fats but very poor in nutrient content.

Rice milk is hypoallergenic, in comparison with almond and soy. But it contains a lot of natural sugar (because it is made from carbohydrate - rice), it has a pronounced sweet, while it contains few fats and proteins.

Coconut milk reduces the level of harmful cholesterol and is ideal in the cooking process. But it contains a lot of saturated (not useful) fats and little protein.

Oat milk is one of my favorites. It contains more protein than almond and less natural sugar than rice.

If the plant milk was the basis of the ration - it would be worth to worry about its nutritional composition. And missing nutrients in a certain type of milk - can be replenished with the help of other products.

Costless: Is it possible to say that different types of plant milk are intended for different uses (for coffee, baking, cereals)?

Sofia: Not type of milk has mattered, but the amount of fat in it. For example, coconut milk can be like water or as a thick oil, which must be diluted with water. I take liquid coconut milk for baking and I use pasty for a curry.

Also, look at the sweetness and taste: almond milk very much emphasizes the taste of the product and its brightest note. If you drink 100% Arabica with almond milk will emphasize the bitterness and sourness of coffee, which many may not like. Oat and rice milk have a sweet taste, so I would not add them to the omelet. But in general - all for your taste!

Costless: What about the sour milk from plant milk?

Sofia: If a person has a full lactose intolerance - then yes. Otherwise, I would not be so harsh. After all, in order to make yogurt from almond milk, a large number of synthetic thickeners are added there, which is less useful than to eat full-fat yogurt.

People with partial lactose intolerance can eat the sour-milk products since the lactose content in them is several times less than in milk.

Costless: What should I look for when buying plant milk? A lot of sugar is often found in packaged milk.

- There are no added vegetable oils in the composition.
- The composition indicates "soybeans" and not "soy isolate or protein".
- Enriched with calcium 300 mg per 250 ml.

For other types of plant milk, the same rules apply, check in the composition:

Costless: What do you advise, it is better to buy industrial milk or cook on my own?

Sofia: At home, I cook only almond and very rarely coconut milk. It is stored no more than 3 days, but the taste is much brighter. In such milk, you can add cocoa, vanilla, or dates to give it an interesting taste. But more often than not, I buy milk from a store, I just carefully choose a brand.

Costless: What kind of milk (cow or plant) do you advise giving to children?

Sofia: Children under 2 years of age are shown to drink cow's milk full of fat. After this, each parent should determine which product to give to the child, preferably with a lactose tolerance test.

Costless: Is it possible to switch to plant milk abruptly or better to do it smoothly, if so, why?

Sofia: Plant milk has many health benefits, compared to cow milk. In particular, it is to reduce cholesterol, is a more bio-accessible source of calcium, and also contains useful unsaturated fats, proteins, and antioxidants.

Try replacing ordinary milk with coffee, play with taste. Find what's best to decorate your favorite drink. Then try making an omelet with added soy milk, or pancakes on coconut milk. Your dishes will play in a new way :)

Download the app for free and use all the Costless features.

You subscribed to newsletter.

Choose the operating system you need and download the Costless app now!